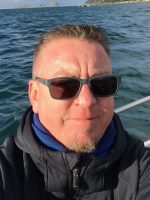 William “Bill” Harold Nickelby, 50, of Portland Oregon, passed away at home September 14th, 2021. He was born January 30th,1971 to Richard and Patricia Nickelby in Santa Clara, California. The second of three children, Bill grew up in Coeur d’ Alene, Idaho where he developed a love for the outdoors and helping people in all walks of life.

After graduating from Coeur d ’Alene High School in 1989, Bill cultivated a love for working on bicycles. Bill continued his education while starting his career in social services; he graduated with a Bachelor’s degree in Sociology.

Bill married the love of his life, Kimberlee White on February 28th, 1998. Together they raised two wonderful children, Alexander and Lilee Nickelby. When he was not helping others, Bill enjoyed riding his motorcycle, mountain biking, snowboarding, fishing, scuba diving, traveling, pottery, horticulture and spending time with his family and friends.

Bill had a larger than life personality and was always willing to help anyone at any time; it was in his nature.  He loved a good practical joke and never let an opportunity for one to slip by. Bill will always and forever be known for his generosity, his love for his family and his kindness to those less fortunate.

Services for Bill were held on Tuesday, September 21st  at 1:00 pm at Holman’s Funeral Service  followed by a Celebration of Life at Dan and Louis Oyster Bar. 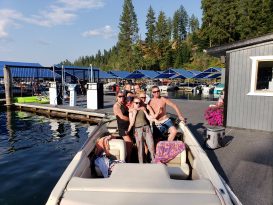 So sorry you are gone! The world was a brighter place with you in it! I am so sorry for his loss to his family and friends! He is already so missed!

Billy was such an awesome guy... Helped so many people and was always so positive and so much fun to be around! Can't believe you are gone billy! You are already missed!

My first best friend when I moved to CDA! Great friend! Very sad to hear of him passing! Prayers for all the family and friends! He will be missed!