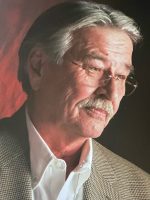 Vaughn Robert Kessler of Portland, Oregon passed away on December 15th, 2022 peacefully at home surrounded by his family & friends.

If you knew Vaughn, you know how cool he was, fun and funny, charming and serious. He was a frequent visitor to his favorite restaurants, The Chameleon, Lucca, Noho’s, and Clyde’s. There’s no denying his love of a cold martini or the Seahawks.

Vaughn was born in Portland, Oregon on February 20, 1943, to Bernice and Donald Kessler, a fourth generation Oregonian. At 16 he joined the National Guard, graduated from Washington High School in 1961, after high school joined the Army, and was made Corporal, then on to the Air National Guard, and 1968 he volunteered to serve in the Vietnam War where he was a Sargent in the Marine Corps.

After the Marine Corps he went on to work in the construction field until he retired in December of 2021.

Vaughn was predeceased by his mother Bernice Kessler, stepfather Ernie Sundberg, his father Donald Kessler, his stepmother Toni Kessler and his brother Dean Kessler. He is survived by his children.

In lieu of flowers, the family requests donations be made to Wounded Warrior Project an organization Vaughn felt strongly about. SEMPER FIDELIS 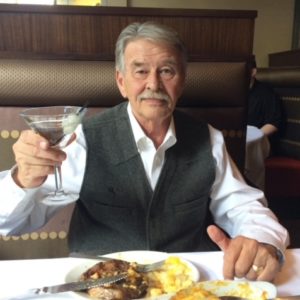 Help tell the story of Vaughn by contributing to the Life Event Timeline. Upload the photo of an event...

Semper Fi brother. Thank you for service in the Corps. Bear

Vaughn was the type of person that when you met him you felt you knew him forever. I will remember the laughter we shared. Vaughn could make you feel special just with his beautiful smile. Those whom we have loved and lost are no longer where we are no longer where they were they are wherever we go. Rest In Peace dear brother in law. Love Carol

Sending much love to you all at this tremendously hard time. Though we are miles away I give you all support. From your extended family in Canada. Love from, Melissa, Leif & Daisy Berry