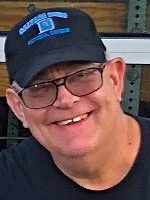 Steve Tichenor – A Life of Caring

From his earliest days, Steve was always involved with making things better. As a youngster he fixed bicycles, built forts, and tinkered with appliances. There wasn’t a tool or machine that Steve couldn’t master nor figure out how it operated. Growing up and exploring on his Grandpa Charlie’s farm in Steger, IL, led to a lifelong curiosity about all things mechanical.

Stephen P. Tichenor was born on November 8, 1948, in Chicago, IL, and lived most of his life in Chicago Heights, IL. He was gifted with insatiable inquisitiveness which was fostered by his parents in their home rich with books, maps, and art. After graduating from Bloom High School in 1966, Steve enlisted in the Air Force where his skills at repair were noticed and appreciated. For the remainder of Steve’s military service he was involved as an instructor who taught others about the fine art of cryptographic maintenance.

Soon after his military service, Steve moved to the Portland area, where he made his home for the next fifty years. Steve’s career included keeping the coffee business flourishing in the Pacific Northwest as he repaired industrial coffee machines up and down the coast. He was employed by a number of major corporations including Sara Lee and Douwe Egberts. Steve considered his work installing coffee machines along the Alaska Pipeline as a major accomplishment. Post retirement, Steve would regale veterans with countless tales as he transported them to their appointments.

Beyond machines, Steve had many other loves in his life including rock and classical music, corny jokes, intricate storytelling, obscure facts, environmental protection, and the occasional gin and tonic. But his greatest love and the center of his life was his son, Clinton Zane, who he tirelessly supported and championed. Always one to lend a hand with an optimistic and upbeat attitude, Steve was a favorite among family and friends.

Steve is survived by his son, Clinton Zane, his brothers Charles and Daniel, and a large extended family stretching from coast to coast. He was preceded in death by his wife, Sally Jane Tichenor, his parents, Kennard Appleton Tichenor and Mary Ruth Tichenor, and his infant sister Margaret Mary Tichenor. The family wishes to acknowledge the extraordinary efforts of the medical team at St. Vincent’s Hospital for their care and compassion during Steve’s time there.

Due to COVID there are no services planned at this time, but a Celebration of Life will be arranged next summer at the Oregon Coast.

At the request of Steve, the Clinton Zane Tichenor Trust, has been established for his son and it can be accessed here:  https://www.gofundme.com/f/care-and-living-expenses-for-clinton-tichenor

Help tell the story of Steve by contributing to the Life Event Timeline. Upload the photo of an event...

Words cannot express the sadness I feel. The world's loss of a wonderful, caring man is heaven's gain. I'm sure his 'sainted' mother has welcomed him with open arms and they are sharing a good book. So long, Steve. You will be missed more than words can say.