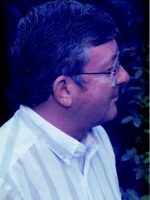 Robert (Bob) was raised first in Bellaire, Ohio, then moved to Lima and finally Canton. He attended Ohio State University in Columbus where he majored in Romance Languages. He was one of the first civilians to go to Normandy and Brittany after the end of the Nazi occupation of France during World War II. He also studied at the University of Nantes in Brittany.

While pursuing his masters at Ohio State in Columbus, he met his future wife Janine. They were paired up as a team in a doubles tennis match. After they were married, they moved to California and he pursued his doctorate in the Romance Languages at the University of California Berkeley.

Bob and Janine taught French at the University of the Pacific in Stockton, California. They raised two sons, Jean (Jon) and Philippe. 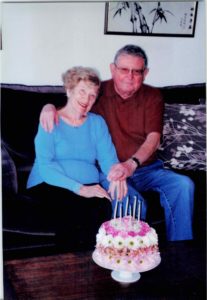 As a husband, Bob was a model of fidelity and devotion. He dedicated himself to his wife. He supported her through her doctoral studies in France, acting as her typist and taking on household work so that she could study. Recognizing her brilliance, Bob encouraged her to publish several books and numerous articles. Both Bob and Janine contributed tirelessly to the ongoing formation of language teachers through professional organizations and conferences.

Bob established many local organizations connecting elementary, high school, and collegiate language teachers in order to support them and continuously improve language instruction in schools, while providing teachers with resources and advocating for their programs. Both were recognized for their scholarly work by The University of the Pacific, but the university also recognized that for Bob and Janine their first priority and greatest accomplishment was their family. “Home” was the place where English was not the principal language. It was only spoken when there were guests who spoke no other language. Otherwise, French, Spanish, and Italian echoed in the home. There was almost always the sound of classical music, French songs, or Broadway show tunes playing. They loved long walks on the beach, hikes to enjoy nature, wildflowers, and observing birds, often going to wild bird reserves. But above all, they poured themselves into Jon and Philippe, who both appreciate and love their parents. Bob and Janine created an environment of unconditional love for their sons, students, and extended family.

Help tell the story of Bob by contributing to the Life Event Timeline. Upload the photo of an event...

So sorry to hear about the passing of my brother Bob. He read books while I played outside. Very proud of what he accomplished throughout his life.