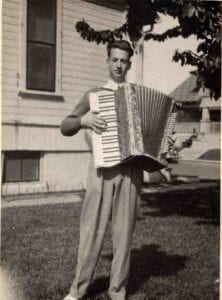 To fly, fight and win…in air, space and cyberspace – the Air Force official mission/motto today.  However, in the 1940’s the military was just expanding and now is the largest in the world.  Paul served in WWII.  Within days of the attack on Pearl Harbor, Paul signed up for the Army Air Corps and served for the duration of the war. His war-time experience included 36 missions, as part of a B-17 crew.  His time in England included being a part of the 8th Air Corps daylight precision strategic bombing campaign against German industrial and military targets.  Paul was a radio gunner and part of an eleven man crew.  During his 36 missions he was shot down three times and each time crashed in the English Channel.  Wounded in the crashes he received two Purple Hearts as well as the Army Air Corps Air Medal. Paul received an honorable discharge from the Army Air Corps in 1945 at the rank of Technical Sergeant (TSgt) (E-6). We are deeply grateful for his service.

Paul Vincent Fontana was born September 7, 1923 and passed away on December 31, 2019 at Miramont Point Assisted Living Community, Clackamas Oregon where he was lovingly cared for during his final months.  He is preceded in death by his beloved wife and childhood sweetheart Alda Fontana.  They were married 69 happy years. 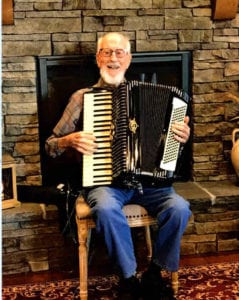 He is survived by his beloved sister Edna Sciaraffo, sister in law Betty Jane Fontana and son Louis A. & Betty C. Fontana, his daughter Janette & Virgil Viner, his son Frank and Shelley Fontana and his daughter Patti & Ken Johnson, all of Oregon and Washington.  There are ten wonderful grandchildren and fifteen amazing great grandchildren.  He was a graduate of Franklin HS where all of his children attended.  He continued his education taking various appropriate classes for his work over the years at the University of Portland and Portland State University.  Paul went to work for the Portland Police. He rose quickly through the ranks from Patrolman to Detective to Sergeant to Lieutenant to Captain.  He became Commander of the Portland Police Detective Division working a total of 31 years in the police department.

In the early 70’s Paul and his wife Alda purchased property off Sunnyside Road and had their dream home built. This highly creative man enjoyed gardening doing all of the landscaping himself, creating a personal park with grass sloping down to the creek, a log bridge over the creek  and more grass and shrubs up the other side

of the creek, music, golf, bowling, football games, clamming at Seaside and Long Beach.  He was proficient on the accordion. As a gardener he excelled in producing for the family and neighbors wonderful fruits and vegetables.

He is remembered across the city for his guidance as a police officer to those in need and his dedicated interest in the youth of the day.   In spare time and after retirement he continued working his huge garden, enjoying his loyal German shepherd dogs and his property along Kellogg Creek with the enjoyment of wild animals to view.  That property was the playground for the grandchildren for many years. 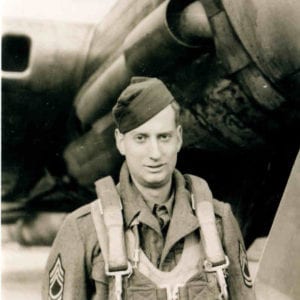 Parents Louis and Agnes Fontana lived in Portland while raising their family and Louis working as a head chef of the Benson Hotel.

Pallbearers honored to serve will be:  Louis, Frank, Shawn and Scott Fontana, Jason Tauscher and Christopher Gay. The funeral will be Tuesday, January 14th at noon at Holman’s Funeral Home & then up to Willamette Cemetery for a 2pm internment.

Paul was always helpful and kind to me. When i was worrying about taking my first promotion exam, he called me into his office and gave me notes that he had kept about the questions he remembered from his promotion exam. It helped me get an idea of what the exam would look like. He told me it was common practice for sergeants to mentor their subordinates and since none of the women on the department had been through that process for sergeant, he felt that I had worked hard and he wanted me to succeed. That was an act of kindness that I have obviously never forgotten.