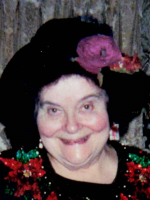 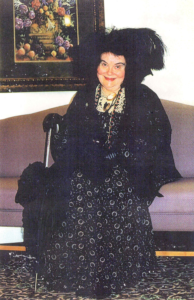 Patricia Derah Gaddis was born in a snowstorm on January 19, 1929 in Portland, Oregon to James Drysdale Falconer and Flora (Spence) Falconer.  Her father was a Portland Firefighter and Patricia was, in her words, “daddy’s girl” and went to many of the fire stations with him.  Her mother was a sweet, always singing, Scottish lady from the Orkney Islands.  Patricia was proud of her Scottish heritage.

Patricia went to Ockley Green Grade School and Jefferson High School, graduating in 1947.  She loved her time at Jefferson and was active in many of the school’s reunions.  After high school, she worked at the telephone company. 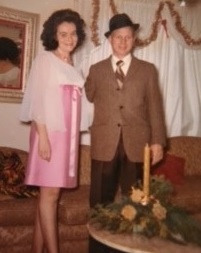 After WWII ended, a young soldier returned to the neighborhood and Patricia became smitten.  His name was Robert Gaddis.  As a beautiful young lady, she soon got his attention.  They were married in November 1948 and had a great life together and four children.  The family went on classic Americana road trip vacations, often to Colorado to visit lifelong friends Don and Dorothy Cammack.  They enjoyed going on breakfast picnics to Lewisville Park in Washington.  Patricia and Robert enjoyed dining out, especially Sunday brunches.  She enjoyed the finer things in life – Cadillacs, champagne and hot fudge sundaes.

Patricia was a very social lady and was in a number of clubs throughout her life including:  The Daughters of the British Empire, The Oregon Symphony Auxiliary, DeMolay Mother’s Club, Glass Collector’s Club, Time Travelers of the Northwest Doll Club, to name a few.  She loved antiques and collected dolls, teddy bears, beautiful hats, jewelry, glassware, oriental rugs and fine furniture.  She enjoyed coordinating estate sales.  Many parties and social gatherings were hosted in the elegant family home of nearly 50 years on North Willamette Boulevard, which was often described as a museum. 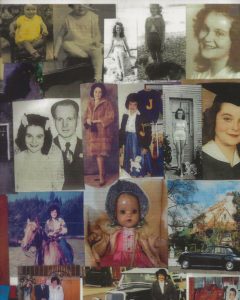 Patricia took after her father who was an avid photographer and she almost always had a camera with her.  She captured so many of life’s moments on film and she actually put all of the pictures in photo albums – lots of photo albums!

She was a friend to so many – she sent out around 200 Christmas cards for many years!   She was also a loving helper and caregiver to many of her older friends in years past.  She seemed to care about everyone and all creatures.

In 1996 she and her dear friend Suzanne did a cross-country road trip of a lifetime from Portland to New York City stopping at almost every antique store along their journey to attend the Jacqueline Kennedy Onassis auction.  Suzanne spent the last 10 or so days by “Patty’s” side and was truly a friend to the end.

Patricia’s husband Robert passed away on Easter Sunday in 2013 and she was never quite the same without him.  She missed the Sunday drives and going out to dinner together.  Later on she moved out of the family home on Willamette Boulevard into Russellville Retirement community then to Jenny’s House for more care and attention.   Her health started declining the last few months and Patricia reaffirmed her faith in God.  She left this world on Wednesday, January 5th.

Patricia was preceded in death by her husband of 65 years, her parents and her younger brother Bruce and his Hollywood good looks!   She is survived by her children Bonnie (Ken), Robert (Irene), James (Mary) and Jon (Gayle) and one grandson, Julian (Robert’s son).

The world is a better place because Patricia Gaddis was part of it – she saw the good in everyone and loved to enjoy collecting the days and putting the moments away with friends and family.

The family is planning a Celebration of mom’s life later in 2022.

Help tell the story of Pat by contributing to the Life Event Timeline. Upload the photo of an event...

May Pat enter the gates of Heaven with the bagpipes a playing the Scottish National Anthem “Scotland the Brave.”

Pat always had a smile on her face. She loved to educate and talk about her doll collection. God has created a special place for her.

Pat Gaddis... she was an unforgettable lady and friend to many of her children's friends. Pat was like a second mom to many of us who were fortunate to have spent time in the Gaddis household. Godspeed Pat, you will long be remembered, and missed.

Pat Gaddis was one of the few people i've met who was thoroughly interesting. My mind never wandered even after hours of listening to her memories. Maybe it was because she remained interested, without any rote, in what she was saying--it stayed live for her, not totally past. Faulkner said, "The past is not dead. It is not even past." She didn't take me back as much as bringing events forward so we shared a layered present. Pat Gaddis stayed a girl her whole life. Thanks be to Big Bob who provided the love and understading to support this and make the miracle of Pat Gaddis possible, REAL, enduring.

Pat Gaddis was one of my favorite people. She was a lovely woman who always had time for everyone, and my life is better for knowing her. One of the world's brightest lights has gone dim. God bless and God speed, Patricia.

Pat was a member of Portland Collectors Club (originally Glass Club). She always had interesting things to share for every program at our meetings. She loved showing her collections at both of her homes. And we all learned from her knowledge. She was a treasure and will be missed.

I remember Pat from the DBE. My mother, Florence Happold, and Rita Knight had lots of fun "trouble" together. Pat was loved by everyone! My condolences for your loss.❤❤

I knew Pat from Russellville. My mother was there at the same time (she passed in Oct). And we got to watch Pat give a show and tell presentation of her hats, and some of her other favorite pieces of her collection. After that, I always greeted her and chatted. I thought her a wonderful, cheerful, kind woman! May God continue to Bless her! With my condolences - Nancy

I loved Patty's happy perspective of life. I'm blessed to have known her.

I loved Patty's happy perspective of life. I'm blessed to have known her.

So sorry to hear of Pats passing. She was one of my mom and dads favorite people. Pats husband Robert was my fathers (Virgil) first cousin and Pat helped my mother Merrily with her estate sale and other antiquing things they did together. She was always a very upbeat person and we are very sorry for your families loss.

Patty could light up a room with just a smile. She was a beautiful person and will be missed greatly. Rest in peace and love.

Kindness was her middle name.