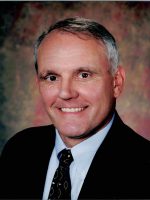 Roy passed away peacefully at a care facility in Portland, OR, July 27, 2021 after a long battle with Frontotemporal Dementia at the age of 74. He was born in Oak Harbor, WA on January 23, 1947 to the late Merlin L. Swackhamer Sr. and Margaret Righetti.

He grew up in Everett, WA and graduated from Cascade High School where he competed on the Swimming and Track teams. He went on to graduate with a Bachelors of Science in Math from Central Washington University. He then spent four years in the United States Air Force with postings at March Air Reserve Base in Riverside, CA and Keesler Air Force Base in Biloxi, MS.

Roy had a long and successful career in information technology. After specializing in computer

operations in the Air Force, he was hired by Electronic Data Systems (EDS) as a programmer in San Francisco. He later moved his family to Portland and progressed through the ranks, working for Evan Products, Deloitte, U.S. Bank, Nike, Menlo Logistics and CNF where he was VP and Chief Information Officer. After retiring from CNF, he became an IT executive with SCAN Health Plan commuting weekly to Long Beach, CA for seven years. Throughout his career, he enjoyed mentoring and making a positive impact on the information technology professionals he encountered.

Roy lived life to the fullest. He was funny, loving and kind. He loved his family, his friends, ice cream and golf. His favorite activities were family vacations to Central Oregon, numerous lakes in Washington, and the Oregon coast; spending time with his grandkids: going to movies, school and sporting events, or just hanging out; and adventures with friends and family to Ashland, Lake Quinault, Santa Fe, Seattle and Phoenix.

A private service/interment will be held at the Willamette National Cemetery on August 20, 2021, followed by a Celebration of Life on August 21, 2021 at a local golf course. Arrangements by Holman’s Funeral & Cremation Service. In lieu of flowers, donations can be made in Roy’s memory to the Association of Frontotemporal Degeneration, www.theaftd.org.

Help tell the story of Roy by contributing to the Life Event Timeline. Upload the photo of an event...

So sorry to hear of Roy’s passing. I got to know Roy well over 20 years ago at US Bank. He was a great mentor and a fun loving guy. My condolences to his family.

Roy was a great guy…loved by many. He was smart, fun and hilarious…and a great friend to many. The world has lost an amazing man.