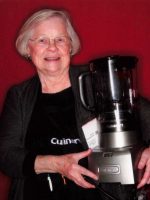 Mary Lou (Heal) Poole was born on April 30, 1931 in Wisconsin.  She grew up in a country store where the local farmers brought in eggs and milk to trade.  The store’s potbellied stove always had a group of people around it.  On the farm, Mary Lou and her sister would sit on the plow and plant tobacco.

In the 1960’s Mary Lou started working.  She became the first woman to sell furniture at Meier & Frank where she proceeded to outsell all of the men.  Her commissions (in today’s money) would be about $250,000 a year!

Mary Lou continued working throughout her life until she contracted Covid around Christmas of 2019.

Mary Lou will be greatly missed by her family.

Help tell the story of Mary by contributing to the Life Event Timeline. Upload the photo of an event...

Be the first to share a memory of Mary.