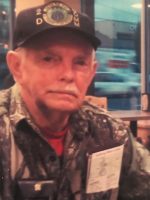 Known by many as the “Mayor of Hawthorne,” Mr. Colbert spent more than 50 years living on

or near Portland’s colorful boulevard, witnessing its many changes. But life started far away.

times uprooted his family, sending them west to Vanport, Oregon in 1945.

His parents, who had found employment in the wartime shipbuilding effort, spent some terrified hours trying to locate La’Verne and his brothers during the catastrophic Vanport flood of 1948. That morning they had given the boys 50 cents for a movie and snacks at the Vanport theater, then taken daughter Judy for a car ride. The boys sprung instead for a bus ride to a Portland theater, which left them each five cents for a coke, plus the fare home to a safe reunion.

in the band, enjoying weight lifting, and running track with classmate Phil Knight. During his

junior and senior years he also served in the Army National Guard. He graduated in 1955.

months in Korea and Okinawa. Following discharge, he worked at Osborne Electronics and as a

switchman and brakeman for the Burlington Northern Railroad. From 1962 – 68 he worked at

Glaser Bros. as a shipping and receiving clerk and warehouseman, and from 1968 – 78 he

installed fences for many different companies. The bulk of his working life, from 1978 – 2007, he spent with the U.S. Postal Service.

La’Verne purchased a large home near Hawthorne Boulevard’s Bagdad Theater in 2002. He

framed portraits of Marilyn Monroe and Elvis Presley, whose music was known to drift through

his window on summer days, along with other favorites from the 1950s.

He liked to linger over coffee at Fred Meyer, making friends with strangers. Around the neighborhood, and in his widely-circulated Christmas letters, La’Verne was known for making humor out of life’s hard times and hardships. He was also quick to put a hand out to help folks who were down on their luck.

He died of heart failure at Providence Portland Medical Center. He was 85 years old.

Help tell the story of Lawrence "Larry" by contributing to the Life Event Timeline. Upload the photo of an event...

I shared many, many hours of good conversation with Larry at the post office (I started the same year, 1978, and worked on the same crew with him for years), and at our many lunches at Tom's restaurant. He loved to laugh, loved his many postal friends as well as those he met in his neighborhood, loved his cats and his family. He was fiercely independent and a good, reliable friend. He will be missed... Peace and comfort to his whole family.