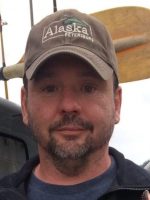 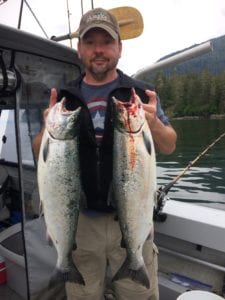 Lance Wesly Bennett, 46, passed away on Monday, March 30, 2020, at Kaiser Sunnyside Hospital in Portland, Oregon, of complications from a stem cell transplant used to treat his leukemia.

He was born June 9, 1973, in Iowa City, Iowa, to Nancy Renfro. Lance was an alumnus of Franklin Elementary School, West Middle School, and Muscatine High School. He graduated early and shipped to basic training at Ft Benning where his military occupational specialty was Mechanized Infantry.  He went through Ranger school and was assigned to Ft Lewis, WA. While there, Lance was involved in a car accident and had to leave the service due to his injuries. He later  attended the University of Iowa and Portland State University.

Lance’s path through life took him down many diverging roads. He worked with people with disabilities in a group home setting, in meatpacking, in the Alaskan fishing boat industry, and as a Linux Level II Lead at Boeing in Seattle. Once he moved to Portland, he was a Systems Administrator for a couple of dotcom start-ups, as well as the Portland Public Schools. For the past 10 years he worked as a Network/Systems Administrator at Cascadia Behavioral Services, where he greatly enjoyed his work and his coworkers.

Lance felt most at home in the natural world. While living in Seattle, he volunteered his time at Wolf Haven International – feeding the animals, building shelters, and helping tour guides manage visiting groups. He loved animals, and had a cat named Hugo until his illness required Lance to find his cat a new home.  Most of his vacations were planned around hiking, fishing, camping and scuba diving.

His other hobbies, really all his hobbies, centered around gaining knowledge and new skills. He was, like his mother before him, a lifelong and voracious learner. He was a talented cook and baker, and derived great joy from ridiculing his roommate’s knife skills. He made beer, and was a scotch and cigar aficionado. He was, in his friend Erin’s words, “the consummate computer geek, but in the best way.”  He enjoyed making random items on his 3D printer, building Lego sets, playing video games, volunteering at the Oregon Museum of Science and Industry, and reading everything from sci-fi and comic books to medical studies. He created set and sound designs for a local community theatre company. He loved going to see the Portland Timbers, and watching the Pittsburgh Steelers from his couch while holding a football. Like Jean Luc Picard, Lance loved a perfect cup of Earl Grey tea.

He was a man of strong opinions and contradictions; hot dogs should not have ketchup and an authentic reuben has very specific ingredients. In the words of his friend Mal, he was “rough and refined, healthy and gluttonous, anti-kid and amazing with kids, a renaissance man who could fix anything.” He is perfectly summed up by his friend Caroline, “Such a commanding presence for such a huge soft heart.”

Holman’s Funeral Service of Portland, Oregon will be in charge of arrangements. Lance will be cremated, and his ashes interred at Willamette National Cemetery in Portland, Oregon. Celebrations of his life will hopefully take place this summer in both Portland and Iowa City.  Memorials may be made to Wolf Haven International at https://store.wolfhaven.org/ProductDetails.asp?ProductCode=MM-1

and Monterey Bay Aquarium at https://www.montereybayaquarium.org/join-give/ways-to-give/honor-a-loved-one

Lance is survived by a family of close-knit friends, as well as many friends across the country who mourn his loss. Lance was preceded in death by his mother, Nancy Renfro(Canarr), and his grandparents, Kenneth F. and Mabel Davidson Canarr.

Help tell the story of Lance by contributing to the Life Event Timeline. Upload the photo of an event...

May you rest ever peacefully little brother… I was glad to see you lived a life you loved.

Lance and I did a poor job of keeping in touch over the years. Our years that coincided in Iowa City in the early to mid 90s are the years that I became friends with Lance. Lance was truely a good man and will be sorely missed.