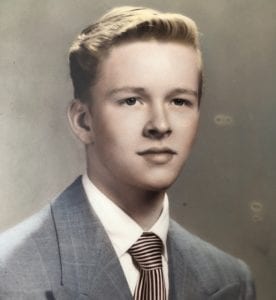 John Edward Bell was born in Portland, Oregon on September 10, 1934.  He was a proud member of Central Catholic High School Class of 1952.  He was a dashing young man who caught Marsha Irene’s eye.  They blissfully married in 1957 and had 6 beautiful children during their 33 years together.

John and his brother, Robert, owned and operated their own business, Bell Tire & Battery.  It was well-

known in the Portland community and was his labor of love.

After a bout with cancer, John peacefully joined our Creator and two of his daughters, Linda Jean (Welton) and Mary Kay, on September 07, 2019.  Linda had the voice of an angel and Mary Kay was the sweetest child, so now he can share everlasting days with them in peace.  He is survived by his long-time companion, Sandra Hodge, his ex-wife, Marsha, and his four other children, Brian, Sharon (Burns), Kevin, Megan (Zuelke) and his sister Mary Ellen (Landry).  He hopes they will have meaningful days on Earth filled with love and kindness until they can all meet again.

A memorial service will be held on Monday, September 16, at 11:00 AM at Laurelhurst Village Chapel 3060 SE Stark St., Portland, Oregon. 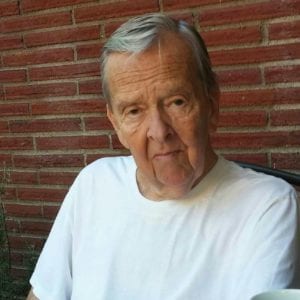 Help tell the story of John by contributing to the Life Event Timeline. Upload the photo of an event...

Be the first to share a memory of John.