He was born July 11th, 1930 in Portland, OR to Lorenzo & Anna Bonaduce. He graduated from Benson High School in 1949.  He was in the US Army from 1951 – 1953 where he fought in the Korean War alongside his twin brother Larry.  He held many different jobs over his lifetime, but always seemed to veer toward the produce business, whether it be a truck driver for a produce company or produce manager in a store.

He was a member of the American Legion Post #1 in SE Portland and was honored to be a part of their Honor Guard who performed honor guard services for our Veterans.  He was very proud to have been able to do that for many years.

Family meant everything to Enrico.  He is survived by his twin brother, Lawrence; his daughters Georgia Lewis and Gina Smith; son, Michael Bonaduce; six grandchildren; three great-grandchildren; and many other dear family members and friends.

We would like to thank Miriam Njenga and her staff from Amani Care Homes for the incredible care they provided to our Dad all the way to the very end.  They treated him like he was their own grandfather and showed such respect and support for our entire family.  We truly appreciate everything they did for him during the 5-1/2 months he was there. 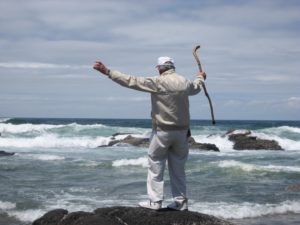 Help tell the story of Hank by contributing to the Life Event Timeline. Upload the photo of an event...

The two longest road trips in my life were driving from Portland to Vegas with friends and from Portland to the beach with Great Grandpa. If you’ve ever driven with Grandpa you know that the Vegas trip was faster. Aside from driving incredibly safe, it was the air he wanted to breathe, the scenery he wanted to see, when we arrived it was the crashing waves he wanted to hear but most importantly the time with his loved ones he cherished most. I was certainly not appreciative of such a life lesson at that young age yet as I grow older, it’s a lesson which has stuck with me as I continue to learn how to enjoy time as he did. For that, I am forever grateful. Thank you Grandpa <3