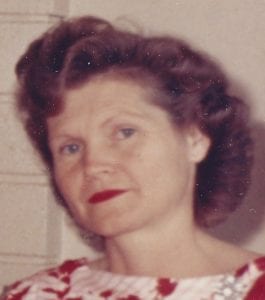 Our wonderful mother, Elsie L. (Brown) Zarnowitz, passed away suddenly March 22, 2020, from complications from hip surgery after a fall. She was 95 years old.

Elsie was born May 1924 to Josephine Wilson Brown and Paul Brown on a rural farm in Colorado. When the Depression hit, the small family began their migration to find work and a place to settle down. Elsie’s father, Paul, a self-taught auto mechanic, started a business in Corpus Christi, Texas, where Elsie grew up. During World War II, Elsie worked building planes at Convair in San Diego, California. Elsie also worked in Connecticut during the war.  Elsie returned to Corpus Christi where her mother, Jo, hosted dinners for servicemen stationed away from home.  At one of these dinners, Elsie met her future husband, Richard Zarnowitz, who was an Aviation Machinist’s Mate First Class, plane captain in the Navy. When Richard was transferred to San Diego, Elsie followed. In 1945, Elsie and Richard married in San Diego.

Elsie attended San Diego State College majoring in journalism. When she became pregnant with her son, Michael, she became a full-time mom and a few years later bore her daughter, Jill. Elsie was a loving and understanding mother. Family was the most important part of her life. She also wanted to have a career, so when her children were old enough, she began to work part-time for the San Diego County Registrar of Voters and later became a social worker at San Diego County Health and Human Services Department.

Elsie was a champion of social and environmental causes. She donated generously to many organizations that helped people, animals and the environment. She and the family joined a rock club, taking a keen interest in rocks and minerals and archaeology. Camping to explore was the main family get away.

Elsie and Richard retired to Bellingham, Washington, in 1978. Elsie volunteered for the Friends of Bellingham Library for many years. She researched her genealogy for her Brown family side, which included Heard, Herd, Hurd, Hird as well. Elsie published a newsletter (the Heard Family Journal) detailing her research and was able to trace the Brown name back to a 1600s Maryland colony. Elsie and Richard traveled the US, as Elsie researched her genealogy. Her journal is in many libraries around the nation, leaving a legacy for future generations to find their origins. 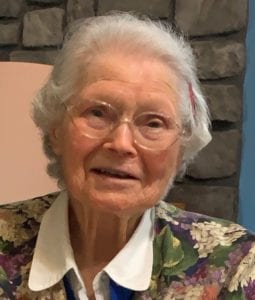 We will miss our loving mother and grandmother. Elsie is survived by her husband, Richard; son, Michael (Betty); daughter, Jill (Mark Huff); grandchildren, Geoffrey and Wesley Zarnowitz, and Nyssa Huff; sisters, Carol Ney, Georgie Stasney, and Katherine Misselwitz; and many nieces and nephews. Any donations in Elsie’s name may be made to the Bellingham Library.

Help tell the story of Elsie by contributing to the Life Event Timeline. Upload the photo of an event...

Grandma, I miss you dearly. I definitely hit the jackpot on Grandmas because I couldn’t image my childhood without you. Every birthday, every holiday, you and Papa made sure to be there. You raised The most incredible children who have made a huge impact in many peoples lives, Including mine. I will forever cherish our memories together. And I promise I will continue to make gingerbread cookies each year to keep your memories alive. WE LOVE YOU. And I will see you again some day. ❤️ -Nyssa

To my loving mother, I miss you so much. Dad grieves losing you. He loved you. You gave him purpose in life, especially in these elder years. You have done much more than we could write in the obituary. I have so many loving memories of you. I love you forever.

I am very sorry to hear of Elsie's passing. We send each other many letters over the years concerning the family genealogy (Brown side). She was a great inspiration to me in my research. She will remain in my thoughts and prayers.