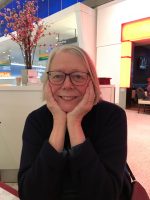 Clare Margret McNeur (nee Snyder) passed away peacefully on December 29, 2022, four short days after her 73rd birthday at Legacy Emanuel Hospital in Portland.  Clare was born on Christmas Day, 1949 in Norwalk, Connecticut, daughter of Charles and Jessie Snyder.  She grew up in Norwalk, graduating from Brien McMahon High School in 1967.  She studied art at Pratt Institute and The Rhode Island School of Design, marrying the love of her life, John Clarke McNeur in 1971. Together they lived in New York City, Harris, Roslyn Heights, Glen Head, and Ithaca, NY as well as Norwalk before moving to Portland, OR. With John, Clare was instrumental in the founding and administration of The Metropolitan Youth Orchestra of New York and the North Shore Performing Arts Academy, both on Long Island. Not only was she the primary bookkeeper but she also chaperoned international performance tours by the orchestra and choir every summer.

Clare was an only child who craved and created a big family with John. Married for 51 years, they traveled the world as they got older, sharing pictures and stories of their beloved grandchildren with anyone who asked. She lived a life full of love, crosswords, and family. Clare will be interred in Lone Fir Cemetery in Portland in a private ceremony.

In lieu of flowers, consider making a gift in her name to World Central Kitchen, a cause she was devoted to. 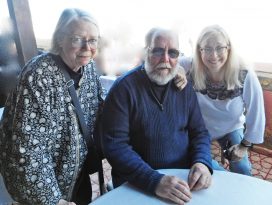 Thinking of you and your family. Clare was such a wonderful person. I feel lucky to have known her.

Deepest sympathies to the McNeur family on this tragic loss. Clare was so kind, patient, nurturing and loving. I pray your lifetime of memories sustain you as you grieve the loss of your beloved.

I cannot express the sorrow I feel about Clare's passing. May she run pain free through sunny meadows with Moe and Emmy, surrounded with hummingbirds and flowers.

Clare was part of so many cherished memories. So many exotic once in a lifetime trips. You will always have those amazing memories within your heart. She was an incredible friend, full of love, sincerity, and joy. I will deeply miss her.

We’ve known Clare for many year and traveled together… she was loved by all will be deeply missed.

Knowing and traveling with Clarewas special to Carol and I🙏❤️🎶

Knowing and traveling with Clare was very special for Carol and I!❤️🙏

You all are in our hearts everyday❤️