Our staff welcomes the opportunity to demonstrate the highest quality and professionalism to the families we serve.  At Holman’s Funeral & Cremation Service, it is our passion to serve our community during life’s most difficult moments. 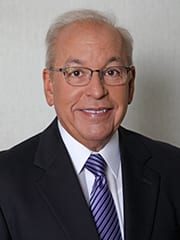 Dan is a native of Portland and began his career in funeral service at Holman’s in 1973. He attended Portland State University and graduated from San Francisco College of Mortuary Science. Active in the community, Dan is a member of the National Funeral Directors Association, the Hawthorne Blvd Business Association, Italian Business Club, the Multnomah Athletic Club and attends St. Andre Bessette Catholic Church (Downtown Chapel.) Dan is proud to have his son, Cameron, working beside him.

Dan has two children, Cameron and Alissa. In his spare time, Dan enjoys traveling and spending time with his family and friends.

Cameron is a native of Tualatin and currently resides in Northwest Portland.  He received his Bachelors Degree from Oregon State University in Communications and Associates degree in Funeral Service from Mt. Hood Community College. He started his career in funeral service at Holman’s in 2008. Cameron is a member of the National Funeral Directors Association, the Multnomah Athletic Club, the OSU Alumni Association, the Hawthorne Blvd Business Association, and the Italian Benvenuti Club. Vicki hails from Richland Center, Wisconsin and attended University of Wisconsin-Plattville. She has been a member of Holman’s staff since 1995. Vicki has one daughter, Valorie.

In her free time, Vicki is an avid fan of the Green Bay Packers and the Portland Trailblazers. She also enjoys doing jigsaw puzzles.

Paul hails from Long Beach, Mississippi. He previously attended Oglethorpe University in Atlanta, GA and graduated from Mt. Hood Community College where he received his Associates in Funeral Service Education/Mortuary Science. Paul has been with Holman’s since 2013. He is a member of the National Funeral Directors Association and an Alumnus of the Chi Phi Fraternity.

In his free time, Paul enjoys traveling, cooking, college football, and spending time with his family and friends. 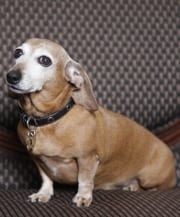 Molly can be found roaming the halls at Holman’s from time to time.  Adopted by Cameron in 2005, Molly is a constant companion and source of joy for all who meet her.

For them, caring for the grieving family is of the essence of their concern.