These are some of the pioneers of Portland that Holman’s has cared for: 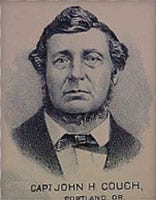 John Heard Couch was a United States sea captain and 19th century pioneer in Oregon Country. Born on February 28, 1811, John was an early resident and founder of Portland. He is remembered for the platting of his land claim in NW Portland, which stretched from Burnside Avenue north for 1 mile, between NW 23rd Avenue and the Willamette River. In laying out the streets, Couch named the east-west thoroughfares in alphabetical order. The streets were later renamed, with “C Street” renamed “Couch Street” in his honor. 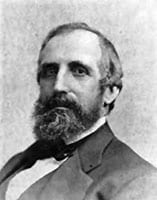 William Sargent Ladd was an American politician, philanthropist, and businessman in Oregon, serving twice as Portland’s mayor in the 1850s. A Vermont native, William played an important role in the early development of Portland, co-founding the first bank in Oregon in 1859. 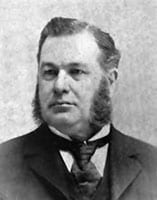 Henry Failing was a banker in the 19th century, and one of the leading businessmen in the Pacific Northwest of the United States. One of Portland, Oregon’s earliest residents, Henry Failing served as that city’s mayor for three two-year terms. 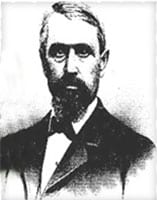 Henry Weinhard was a German-American brewer in Oregon during the 19th century. After immigrating in 1851, he lived in Philadelphia, Cincinnati, and California before settling in Portland. He worked as an apprentice in the beer business before buying his own brewery. He founded Henry Weinhard’s Private Reserve and built the Weinhard Brewery Complex. 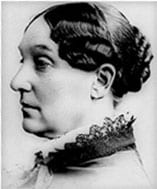 Abigail Scott Duniway was an American women’s rights advocate, newspaper editor and writer, instrumental in gaining voting rights for women. Born in 1834, she moved to Portland and found The New Northwest, a newspaper devoted to women’s rights. The first issue was published on May 5, 1871 and ran weekly for 16 years. Her efforts paid off in 1912 when Oregon passed a women’s suffrage amendment.  Abigail was asked by Governor Oswald West to write and sign the equal suffrage proclamation and the first woman to register to vote in Multnomah County. 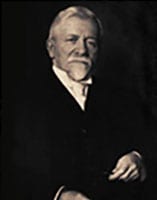 Henry Lewis Pittock lived from 1835 to 1919 as an Oregon pioneer, newspaper editor, publisher, wood and paper magnate, Freemason, outdoorsman and adventurer. Frequently referred to as the founder of The Oregonian, he regenerated it as the state’s preeminent daily newspaper.  Pittock’s business interests included investments in Portland banks, real estate, transportation, logging and lumbering. In 1909 he began construction of a 22-room Renaissance revival mansion, now a landmark known as the Pittock Mansion.