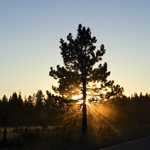 Born in New York City to Veronica E. (Waggoner) and Edward D. Johnson on October 5, 1972. Christopher spent his early years living in Brooklyn, NY. The family moved to Brattleboro, VT when he was 12. Growing up, Christopher excelled in school and loved baseball and skiing, and being on the debate team. In the summers of 1986 and 1987, he attended Camp Pemigewassett in NH and went on to become a counselor there for 5 years.

Christopher graduated from Haverford College in 1990 with a degree in economics after which he worked at the Federal Reserve Bank in New York City for several years. Christopher then obtained a law degree from Boston College Law School. In his usual unconventional way, to prepare for the law boards he spent the summer camping in national parks throughout the west. Christopher practiced law for several years in Minneapolis, MN and then moved to Portland, OR where he worked in film distribution.

Christopher had many interests including riding his bike, baseball (he was an avid Yankees fan), writing short stories, and painting. He was known for his quick, clever sense of humor and was loved and respected by a wide circle of friends from all over the country.

Christopher was preceded in death by his father, Edward Johnson, and his grandparents. He is survived by his mother, Veronica Johnson of Brattleboro, VT, his aunt, Jane LoMonaco, and his cousin, Marcia LoMonaco.

Christopher was a loving son, nephew, cousin, and friend. He will be sorely missed.

Help tell the story of Christopher by contributing to the Life Event Timeline. Upload the photo of an event... 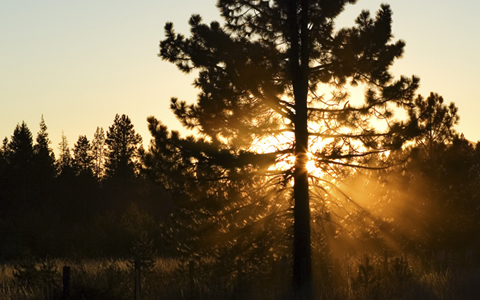 Leave a memory Light a Candle

He was a best friend in 4th-6th grade til he moved from Brooklyn to VT – I mostly remember playing catch with him endlessly and talking baseball. Maybe spoke to him once or twice in the following year but not after that (pre-social media life). Was looking him up to see what he was up to 30+ years later...didn't imagine this. Wish I could have reconnected, from the little I can glean about him from this, seems like we would have gotten along. My best to all who knew him, and to Chris...who I called "Moon the slick dude" for some reason (We were in 6th grade)...sorry we never did get to hang again.

Christopher was my nephew. Unfortunately, we lost touch over the years, but I remember his love for "Star Wars" and baseball (he was of course a Yankees fan; I am Red Sox). He certainly had his father's intellect. I remember a very special day when Ted's and my father baptized him in the nursing home where our father spent his final years. I will of course pray for his soul and for the comfort of his mother Ronny and of those whose lives he touched.

I counted CJ as one of my close friends on the Pemi staff during our years there together. I treasured his sense of humor; to this day I still read his Bean Soup account of a chaotic Mt. Cube trip in 1991. I have thought about him warmly through the years and am deeply grieved to hear of his passing. Thank you for your friendship, CJ, and may God bless and keep you.

I am at a loss. I just read the news. Chris was one of my favorite Pemi pals. The summer of 1992 and 1994 were special events. The laughs we had those years as counselors. He had the best wit. And he helped me be a better coach. My heart is broken.

I knew Chris from visits to Pemi. He was younger then I am, but I thought he was a very nice person. I saw him pitch the Pemi Counselor's to victory, during a counselor baseball game vs. Mooseilauke in 1990. Years later Mooseilauke Counselors refused to play Pemi Counselor's in baseball. Because they didn't want to face Chris. I also remember two of his classmates from Brattleboro Vt. who works as cocktail waitresses in Harvard Square. They spoke highly of Chris, and they also knew Phil Bixby.

Chris was a wonderful guy, smart with a good sense of humor and great disposition. I played baseball with him for a couple of years in college, and remember one time when we had a late class and couldn't ride on the team bus, so instead Chris drove us to the game in his car. About midway there he noticed he was low on gas, and neither of us had any cash. We spent about 10 minutes going through the cushions in the car, turned up 77 cents, and were able to get enough gas to make it to the game. All done with a smile on his face and good humor. Happy to have had him as a friend, and I am so sorry to hear he has passed. He will be missed.

I already miss you my good friend.